The upturned collar was once a popular clothing style that originated several centuries ago. To read more please click in the link.

The definition of an upturned collar depends heavily upon what period of time you are referring to. The modern day upturned collar is a typical folded over jacket collar that has been unfolded so that the entirety of the collar rises up the neck rather than only reaching the bottom of the neck due to the folded crease. This is done to protect the neck from the elements, whether it be rain, sun or a harsh winter wind.

Alternately, the term “popping your collar” references a shirt collar (typically polo shirt) that has been upturned purely for fashion purposes. Collar popping first originated in the urban hip-hop movement, however has spread across demographics and is now popular among collage aged males. Prior to the 20th century an upturned collar was the norm on most dress shirts for both men and women. In fact shirts were constructed so that the collar was to remain up rather than ever fold down. At the high point of the upturned collars’ popularity it was not uncommon to see collars rise as high as three inches and cover a portion of the wearers’ ear.

One variation of the upturned collar that managed to maintain a modest following into the 20th century was the detachable collar. As the name implies, a detachable collar has the ability to be removed from the shirt for ease of using starch. The detachable collar existed in both upturned and traditional creased varieties. After World War Two, however, the detachable (upturned or creased) collar lost the majority of its already small fan base and is rarely seen today. 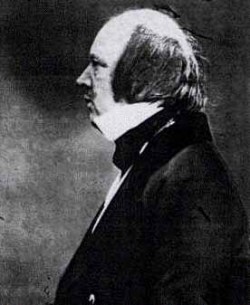