The History of The Scarf in Mens Fashion 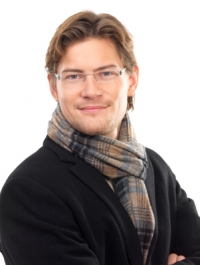 As a fashion accessory, the scarf has been around for quite some time. Not surprisingly, the ancient Romans are usually credited with the invention of the scarf. Now, whether or not they truly invented this garment, or simply appropriated it from some other culture during their expansion through Europe and the Middle East, is uncertain. After all, the concept of wrapping a length of cloth around the head/neck area of one’s body seems pretty fundamental. But anyway, as far as many fashion historians are concerned, you can thank them for the scarf. And why not, they were the Romans.

What is definitely known, is that they did not use the scarf as a contrivance for keeping warm or protecting their heads. The Roman version was called the ‘sudarium’; a term literally translating from Latin the English as ‘sweat cloth’. You see, even back in ancient times, people sweated. And this was in central Italy, you understand. Thus, the Romans invented the sudarium to wipe sweat from their heads, necks, and faces, thus keeping reasonably clean. ‘Clean’ in the ancient world, being a relative term, of course.

These scarves were habitually worn around the neck, or tied to a man’s belt. And, as you might expect, the look caught on. I like to imagine this trend as being the hot look on the Palatine Hill in the summer fashion season of 12 A.D. Very quickly, women caught on to the act, and a full-fledged scarf fashion was born. Alternately through history, the scarf has been worn by various armed forces to denote rank among the troops; in the army of the Chinese Emperor Cheng, for example. And, in the 17th century, Croatian mercenaries in the employ of the king of France wore scarf-like garments called ‘kravata’ to distinguish officers from the rank-and-file.

The French, being the French, were enamored with this fashion, and developed it into the ‘cravat’. Later, this style developed further into what us modern folks would recognize as a mens necktie; but that’s another story (for more information please read The History of The Tie. Anyway, it became popular to wear different colored and patterned scarves to demonstrate one’s political slant. In more recent times, British students can be seen wearing academic scarves with distinctive colors and patterns, denoting various collegiate affiliations (these later on transformed into mens ties that are also known as Regimental Ties by tie aficionados). Doesn’t Harry Potter have one? And, of course, if you’re a time traveling alien doctor from the future who cruises around in a red phone booth, a floor length multi colored wool job is the way to go.

Suffice it to say that the scarf has been a fashion staple for quite some time now, and now seems to be more popular than ever among those who live in cold climates, or those who want to add a measure of elegance and sophistication to their ensemble. Just picture it now. It’s cold out, and you’ve donned your top coat and wrapped your favorite wool scarf around your neck. Who’s going to look at once comfortable, debonair, and yet still sophisticated? You. Obviously, for this reason, wool has consistently been the most popular choice for scarf manufacture. But, of course, there have been others. Linen, or cotton scarves are useful in dry climates for wrapping about the face and mouth to keep out dust and grit. While, in the aviation world, silk has been the traditional choice.

So, now you’ve gone out and got yourself some choice silk scarves. How to proceed? You might think that simply wrapping, or winding the scarf around your neck is enough. And, while this approach works well for many, there are a number of sophisticated knots you can use to demonstrate your mastery of the scarf. We have listed the most popular ways below. For more information as well as picture illustrations please also visit our guide on: How to Tie a Mens Scarf

The Parisian:
Probably one of the most popular. Simply fold you scarf in half lengthwise, and drape around your neck. Then insert the two remaining loose ends through the loop that you’ve created, and pull taught. Don’t choke yourself. Of course, feel free to play with the tightness of the knot. And, if you’ve got a particularly long scarf, fold the scarf in half not once, but twice, and then continue normally.

The Once Around:
This is probably the basic technique that everyone think of when donning a scarf. Simply drape the scarf about your neck, while allowing one end to be longer than the other. Then, wind the long end back over your shoulder, around your neck, over your other shoulder, and let it drape against your chest. This technique is perfect for men who are not gearing up for an arctic expedition, but rather going down the street to get some coffee.

Loose Once-Around Knot:
Ok, so this version is more about fashion than practicality. But, when has that ever stopped anyone from looking good? Perform this scarf maneuver the same as the Once Around, but then let the knot hang loosely, as if you haven’t had time to finish, because you’re dashing out of the house with too much cool stuff to do. Perfect for those of you who wish to cultivate that devil-may-care adventurer look.

The Twice Around Knot:
This is the knot that rivals the Parisian as the most useful on severely cold days. However, you may want to try this look with a jacket with less of a collar, as this approach takes up quite a bit of room. Simply start as you would with the Once Around, but make one of the ends significantly longer than the other. Then, just wrap around your neck twice, allowing the free ends to dangle in front. Again, careful not to strangle yourself. The only complication with this knot, is that it will take some practice to perform, and then finish with both ends roughly the same length.

So, if it’s cold outside, and you’re looking for a way to look dashing, and keep yourself comfortable, a nice scarf is definitely the way to go. You’ll both look and feel great.